Locate Us
Call Us
Onyx Exotix

Miami Beach was once a narrow streak of sandy patches that projected itself into the sea. Carl Fisher, who is known to be the founder of this city, spent a good part of his fortune glorifying this land in a pursuit to give business people an avenue to have their winter homes built on this sun-stroked beach. Miami Beach today is an entirely planned city. And that affords it the title of being the most demanded city for vacations. It is not just a beach. It is a magnificent city with its rich culture, food, and art. No one would have imagined that such a small city will become a full-fledged place for year-round living.

A lot of people mix up between Miami and Miami Beach. But these are, indeed, two very different cities. Miami happens to be a city in Miami-Dade County. It is where we find the airport, Miami DownTown, the Dolphin Mall, and a few other attractions. And when you hear someone mention the beach, South Beach, Ocean Drive, or Miami Art Deco, they are talking about Miami Beach, another city in Miami-Dade County. 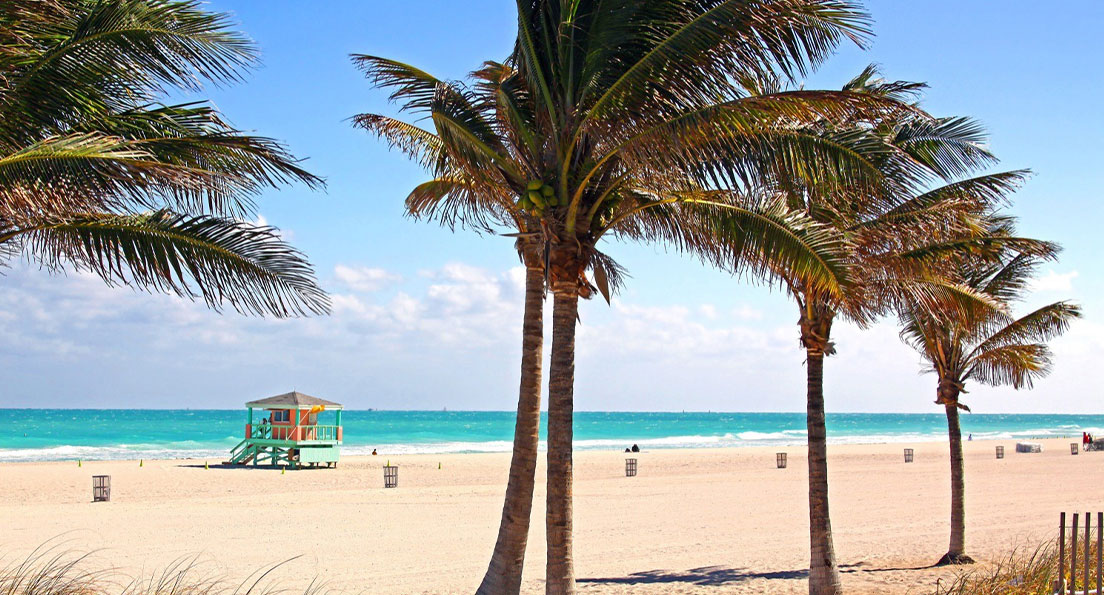 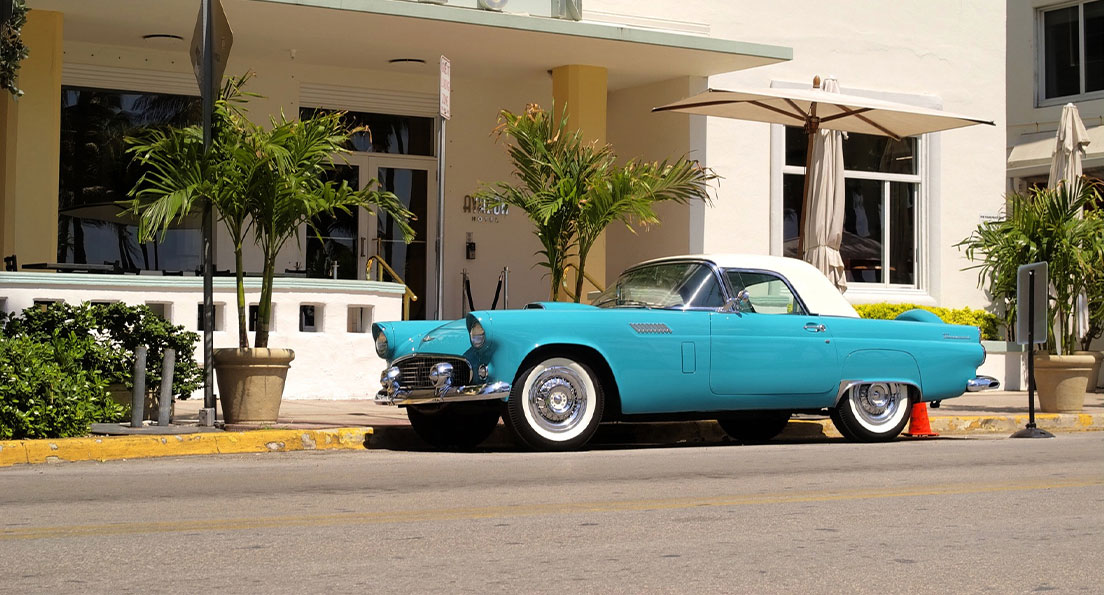 Between the 1940s and 1960s, Carl Fisher designed modern resort hotels and promoted mass tourism in Miami Beach. Once an American playground, Miami Beach has become the world's capital - an attractive place for flamboyant people, their money and their exotic cars. Miami Beach is defined by its sparkling windows of old and new buildings, international trade markets, a gourmet paradise, a cultural paradise, and many more.

How To Get Here

The Miami-Dade Transit Airport Flyer provides daily express service from Miami International Airport to Miami Beach. It departs from Miami International Airport every 20 minutes, seven days a week. If you are on a budget, it is now easier than ever to rent a car at the airport and head to Miami Beach. After collecting your luggage, all you need to do is board the MIA Mover, an automated rail system, from the airport to the nearby Miami Intermodal Center.

You can also avail the service of exotic rental cars in Miami Beach like Ferrari F8 Spider, Rolls Royce Cullinan, Bentley Bentayga, Lamborghini Urus or Ferrari 488 GTB. Onyx Exotix is at your disposal with the newest fleet of exotic cars available for rent. Contact us to make a reservation.

How To Get Around The City

Miami Beach has a nightlife like no other city, you get to see the celebrities from across the major cinemas of the world. And there is nothing like a Lamborghini or a Ferrari to settle you with the mainstream celebrity scene; one of the most attractive features of this city that pulls the tourists towards it.

There is also a beautiful bridge situated right atop the ocean called the MacArthur Causeway. It connects downtown Miami to the city of Miami Beach. Take the Rolls Royce Dawn convertible to enjoy the way as this luxurious car takes you over the breathtaking clarity of the ocean. The exotic car rentals make the trip to Miami Beach even more memorable. You get to drive the Bentley while enjoying the splash of stunning scenery across the city. 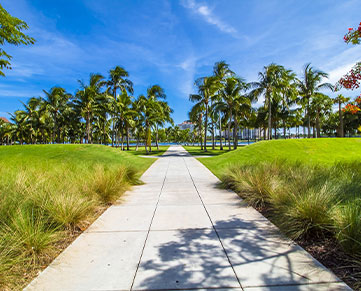 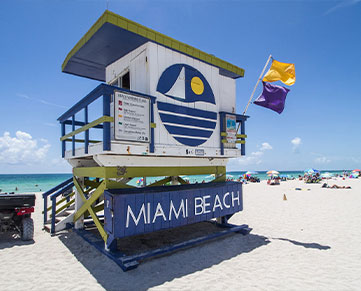 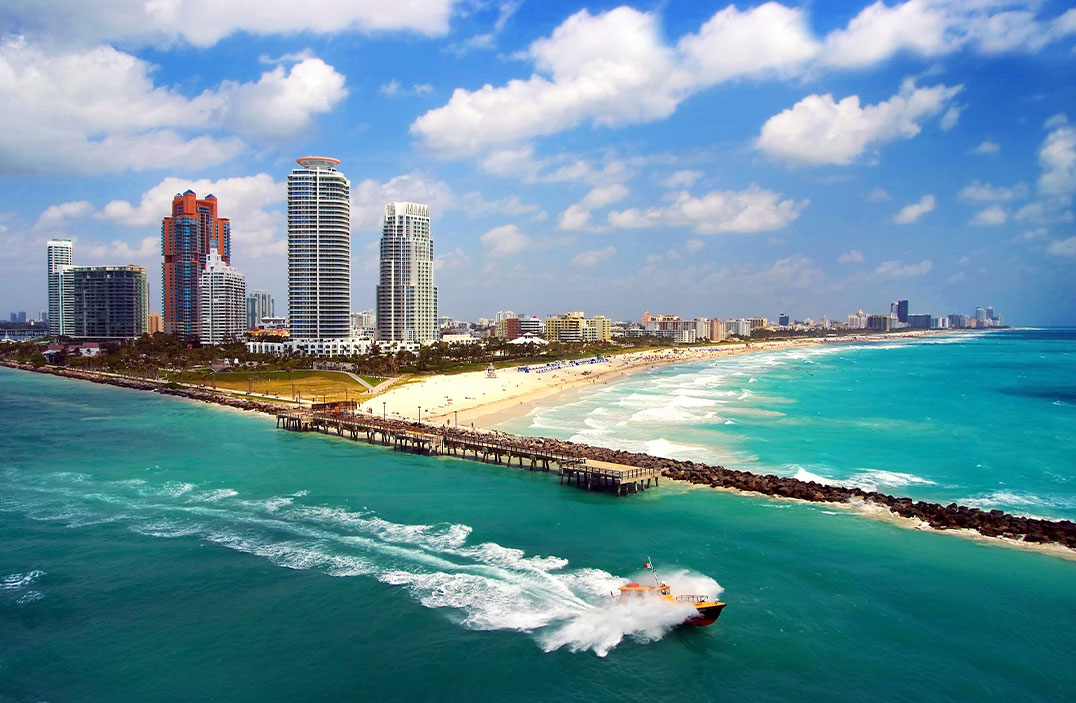 The main question is, ‘What to do in Miami Beach?‘ Enjoy the beach, of course! South Beach is breath-taking, the water blue and warm during a reasonable time of the year. The sight to behold is enough to make anyone visit and bask in the sun for a few hours. You must take a peripatetic approach and discover the splendid beauty of the beach from north to south. Each spectacle is unique with different patterns and colours.

Ocean Avenue is one of the most famous tree-lined avenues in the city, country, and even the world. It features unique Art Deco architecture, ever-growing people, and shining hotel and club facades at night.

The loosely clad Haulover has long been a favourite of laissez-faire residents and vacationers, but there is plenty to do other than sunbathing naked.

A beach-park area that fits all South Beach stereotypes, that's Lummus Park for you. Suitable for sun-seekers, bikini-loving celebrities, supermodels (often photographed), all took place on the beige beach that runs along Ocean Drive from 5th to 15th Streets.

Formally known as the Convent of Saint Bernard, the Clairvoyant, the Ancient Spanish Monastery is located in North Miami Beach and has a long history. Construction on the building began in 1133 AD in northern Spain, and it is a sight to witness.

The South Beach Holocaust Memorial is located near the intersection of Dade Boulevard and Meridian Boulevard. The museum is intended to pay homage to the victims and survivors of the Holocaust.

Kid-friendly interactive exhibits take centre stage at the museum, catering to young people with things like a two-meter piggy bank. The Miami Children's Museum is located on an island between downtown Miami and South Beach.

Have questions?
Don't hesitate to get in touch with us if you have any questions
Contact us
Are you happy to accept cookies?
Thank you for understand that cookies run the internet
Yes, I’m happy

The car
From
Until
Next

Thank you!
You wiil be contacted soon by operator